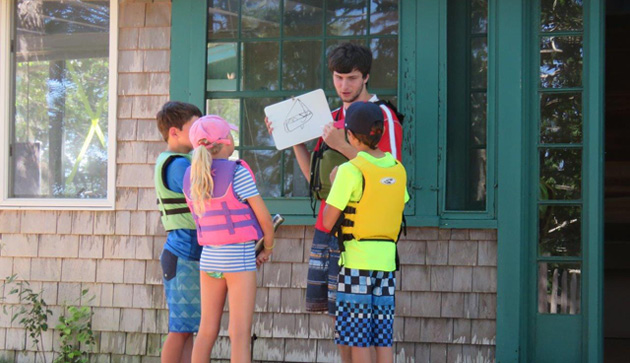 Meet our tireless and talented staff. 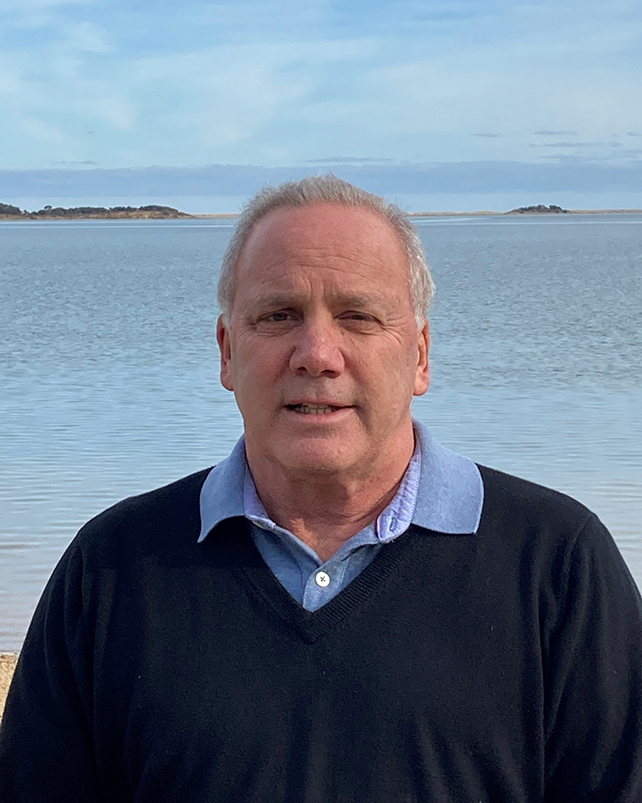 gerial, marketing, and fundraising experience to PBCB from both the private and public sectors, including as Marketing Manager and Shoreside Director for Premiere Racing, managers of such well-known international sailing events as Key West Race Week and US port stopovers for the round-the-world Volvo Ocean Race. He is also a co-founder of Sail Cape Cod, where he was instrumental in the development of their adaptive and outreach programs in addition to organizational management and advancement for this non-profit. Mike also holds a Master Captain’s License with a Sailing Endorsement.

As a member at Hyannis Yacht Club Mike has sailed in the J22, Laser and Ocean Race classes and has served on organizing committees for various World and North American Championships.

In their downtime, Mike and his better half Brenda enjoy ‘messing about’ in their sailboat Alibi and venturing south annually for the St Barths Bucket Regatta where they work on race committee by day and consort with pirates and scalawags by night.

Mike can be reached at trovatom@pbcb.cc

Ali grew up in North Attleboro, where she spent her childhood exploring the woods with her dog (and visiting the Cape, of course!) Her parents now live full time in Wellfleet, where she has joined them for several summers.

a CSA farm, and sailed with Colgate’s club team. She spent an unforgettable semester abroad in South Africa’s national parks, where her team studied everything from aquatic snails to butterflies. Ali worked at Seacamp in the Florida Keys, where she taught sailing, windsurfing, snorkeling, diving, and marine science using a fleet of floating classrooms. She also worked at Cape Cod Sea Camps for 3 summers, where she was the Department Head of Bay Sail for the day camp. She has dabbled in just about everything else…baking, boat maintenance, philanthropic work, and guiding scuba divers in Australia. She loves working with people of all ages and walks of life, especially on the water. She’s a USCG Launch Tender, a US Sailing Instructor, and a PADI Divemaster.

Most recently, Ali has been living in Jamaica Plain and working in a malaria research lab at Boston Children’s Hospital. While she loves JP, she is thrilled to get back to working outdoors and the Cape. Ali spends most of her time with her sheltie, Rudy. She also likes to run, cook, read, watch documentaries, fuss over her houseplants, and travel. Ali can’t wait to get the PBCB community as excited about science as she is!

Ali can be reached at hoguea@pbcb.cc 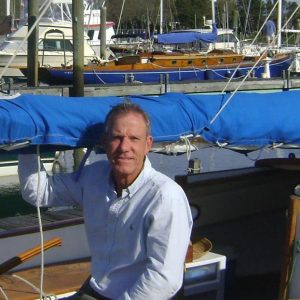 Longtime Harwich Harbormaster and boat captain Tom Leach serves as PBCB’s Waterfront/Sailing Director. Leach replaced retiring Greg Kelly who brought the program from the shores at Jackknife Harbor to its new campus setting along the bluff on the western side of the Bay.  Tom’s unusual background as a fully licensed captain with sailing and towing endorsements, competitive sailor in J/24’s and Flying Scots, and 12 years as co-coach for the Harwich Rough Riders a great fit for its sailing and science program. He is a member of Guild of Harwich Artists and hopes to bring plein air art along with boating safety certification classes to PBCB. He holds a BS in Chemistry from Tufts University. Leach served the Town of Harwich as Natural Resources Director/Harbormaster for nearly 40 years. In that time, he sought more than a dozen grants and a myriad of permits for waterways improvement and dredging projects. He is married to Jackie Leach, a retired Harwich school adjustment counselor. They live one mile from PBCB. He pioneered the first public shellfish upweller system in 1994 at Wychmere, where Harwich students seasonally intern to raise millions of quahogs and oysters while learning science behind water quality and the life that grows in it. He designed the successful Cape Cod Frosty racing dinghy that has six active fleets and is the basis of the youth build-and-sail program at Sail Maine, Portland Community Boating. He is a certified welder, is a past president of the Cape & Island Harbormasters Association and Cape Cod Astronomical Society, and holds a General Ham Radio operators license.

Tom can be reached at leacht@pbcb.cc.

Suzanne Leahy joined the staff in 2019 to develop PBCB’s Catboat Program. When she came onboard, the fleet had grown from four to seven catboats in a very short time. She was able to see the tremendous potential that a full-fledged adult catboat program could become, and how perfect the fit was for her at PBCB. 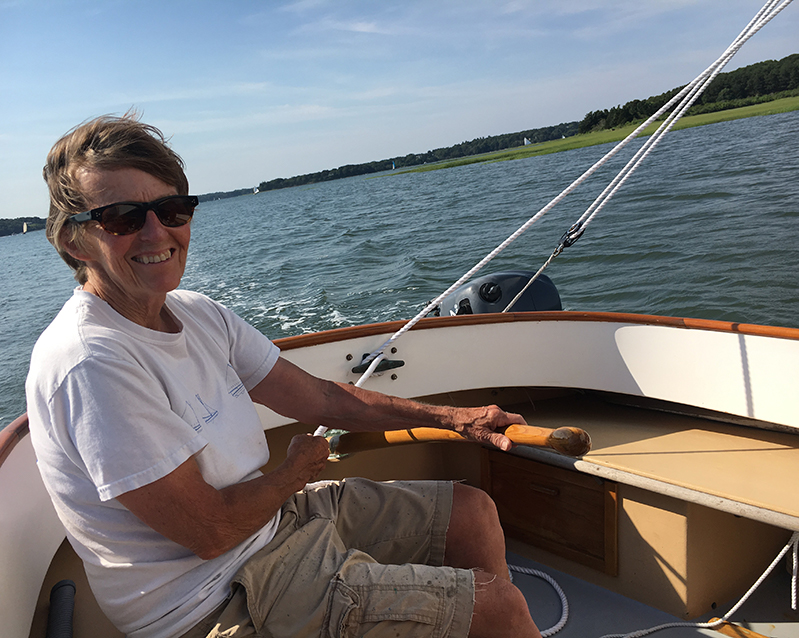 Suzanne grew up sailing in Marblehead, and left the States to attend undergraduate studies in Brussels. In 1979, she received her MFA in Sculpture at the University of Pennsylvania in Philadelphia, where she continued to work as a sculptor and graphic designer. Her sculpture reflected her love of boats and sailing. It was inevitable that at some point she would build an actual boat, which marked the end of one career and the beginning of another. For the next few years, she spent as much time as she could racing A-Cats on Barnegat Bay, NJ, where she slowly started to absorb the catboat mystique.

After moving to the Cape in 1993, Suzanne began working as a boat builder and designer. She owned and operated Pleasant Bay Boat and Spar Company in Orleans, where along with her crew, she built, restored and maintained catboats, Baybird sloops and many other boats as well. Her business developed a solid reputation for wooden spar fabrication and had the great fortune to collaborate with boat builders across the country.

In 2014, Suzanne retired from Pleasant Bay Boat and Spar Company and went to work for Bill Womack at Beetle Inc. helping them set up their spar fabrication. When Jim Donovan and Woody Metzger bought Pease Boats of Chatham in 2016 she was again enticed back to boatbuilding and spar fabrication as she proudly watched a First Light Boatworks take shape and grow.   After four years, she made her final retirement in 2018…until Pleasant Bay Community Boating opportunity appeared on the horizon.

Throughout the years of owning the boat shop, part of her mission was to train young people in a hands-on environment, developing skills in the workplace as well as in customer relations. Her shop had an open door policy- welcoming curious folks in to see what was being built. Teaching was always a core value and one that Suzanne shares with PBCB. Her position at PBCB is a dream come true, incorporating her love of sailing and teaching, and sharing the knowledge that she has gained from the many generous sailors and teachers she has met over the years.

Suzanne can be reached at leahys@pbcb.cc.

Huntley Harrison has been involved with PBCB since 2010, as treasurer, board member, and property manager. Huntley grew up in New York City and has lived on Cape Cod since 1999. His educational background is in mathematics, with a Bachelor of Science degree from Hobart College and a Master’s Degree in Instructional Technology from Bridgewater State University. He was a teacher for 30 years at Blair Academy, a co-educational boarding school in New Jersey; and he finished his teaching career serving 14 years at Chatham High School, retiring in 2013.

Huntley’s involvement at Pleasant Bay Community Boating expanded to that of treasurer and project manager when PBCB purchased the McClennen property in 2014. He now ably serves as property manager and bookkeeper for our facilities and operations. He is involved outside of PBCB as the Chairman of Chatham’s Cable Advisory Committee, and he is the producer of Chatham Today, a monthly cable TV program. He is also the Chairman of the Chatham Airport Commission.

Huntley is wholly dedicated to PBCB’s mission and the sense of community and accessibility we are creating on Pleasant Bay.

Huntley can be reached at harrisonh@pbcb.cc.

Dorothy Bassett was born and raised in Chatham on Cape Cod. She grew up swimming 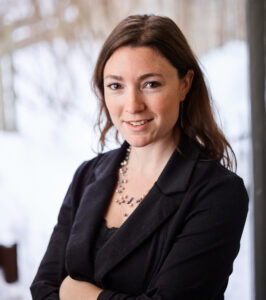 After working as an environmental specialist and hazardous materials chemist in Boston, she took a solo trip around the world through thirteen countries across four continents, learning about different environments from the African Maasai Mara to the New Zealand glow worm caves. After returning to the US she worked in robotics at MIT, at the Chatham Marconi Maritime Center’s Wireless Technology Museum and STEM Education Center, and at the Chatham Conservation Foundation.

Since 2014 she has been working with Cape nonprofits and earned a Tufts certificate in Leadership and Nonprofit Business Management. Dorothy volunteers as a trustee of the Friends of Pleasant Bay, The Compact of Cape Cod Conservation Trusts, on the Scholarship Committee for the Cape Cod Association, and is an enthusiastic founding board member of the Sipson Island trust. She brings nonprofit experience, a passion for science and conservation, and a drive to increase public access to waterways and conservation land on Cape Cod.

Ellen Peterson joins us this season at PBCB as the Program Registrar. Ellen was born and raised locally on Cape Cod

he still resides today. She grew up swimming, sailing and boating on Pleasant Bay with her dad’s boat being moored in Round Cove.

Ellen joins us with an extensive background in recreation management within the golf, ice skating and ice hockey realms. She has broad experience working with many youth nonprofit organizations in all capacities from day to day operations, program development and governance. When not in, on or at the ocean, Ellen and her husband Roger can be found hiking the endless conservation trails in the area or hitting the links.

Sarah grew up in California and was fortunate to spend summers with her family in Chatham, sailing and swimming almost 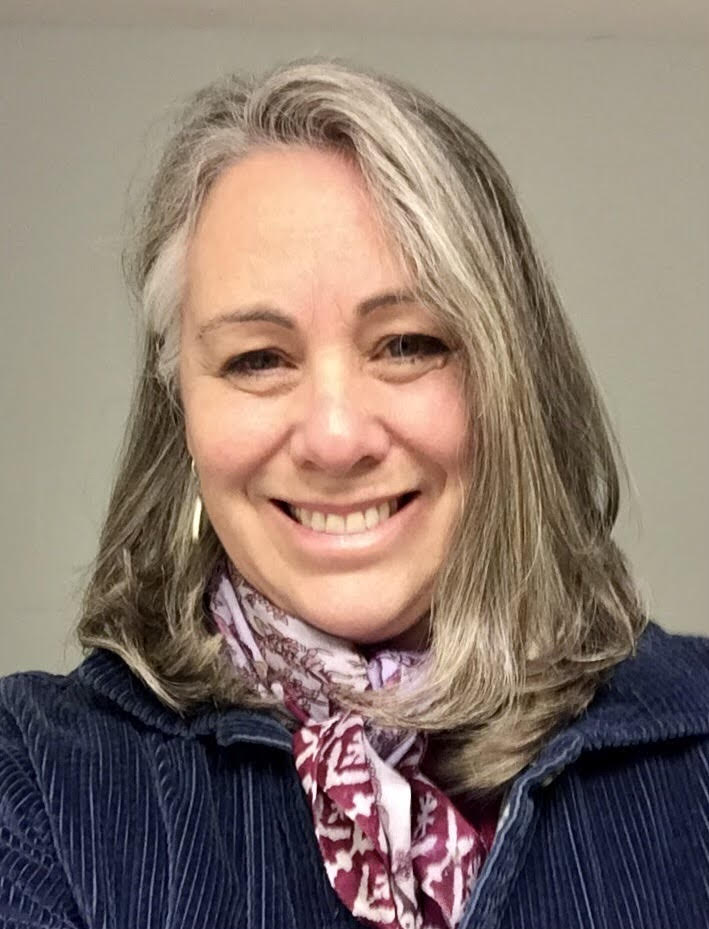 daily. Sarah studied Earth and Marine Science at the University of California Santa Cruz, where she earned a BS. She worked for the US Geological Survey Marine Geology branch for eight years, spent two years+ on research vessels, and when in port, participated in public education outreach activities. She returned to graduate school to complete her PhD in Coastal Oceanography at Stony Brook University, focusing on how stable and radioactive contaminants accumulate in mussels and clams. Since then, she has worked as a research fellow at the Harvard School of Public Health, collaborated with the Institut de Radioprotection et de Sûreté Nucléaire (IRSN) in France, taught undergraduate oceanography as an adjunct faculty member, taught high school sciences, and gained her MA teaching certificate in chemistry. She is certified as a LEED AP for sustainable building, teaches courses in green energy, and currently works part-time with the Town of Chatham as a water quality scientist. 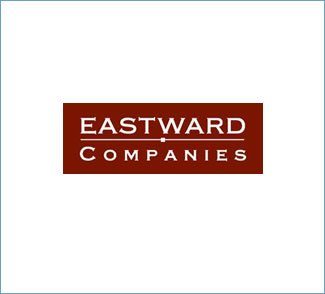 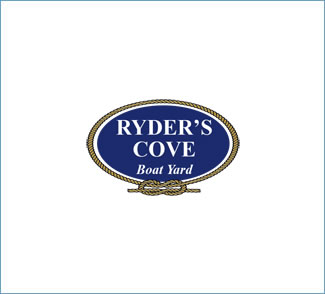 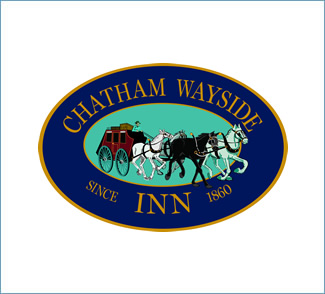 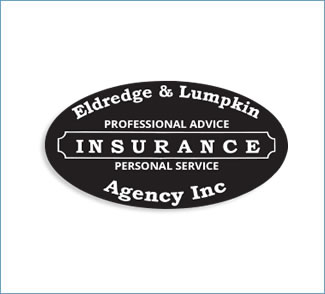 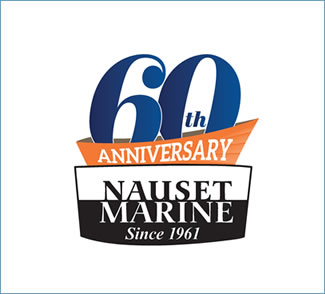 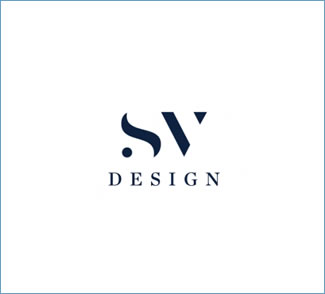 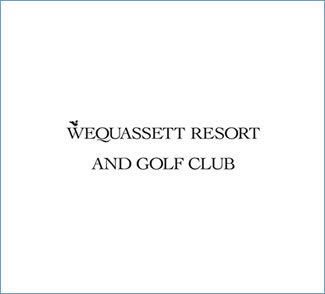 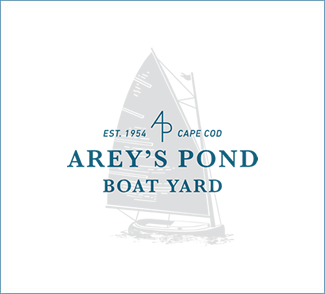 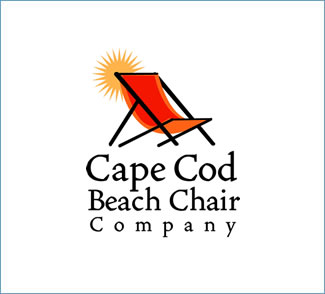 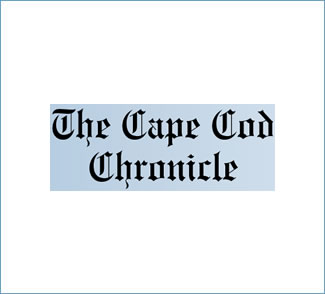 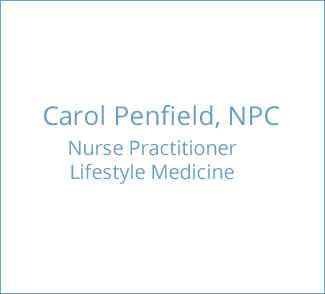 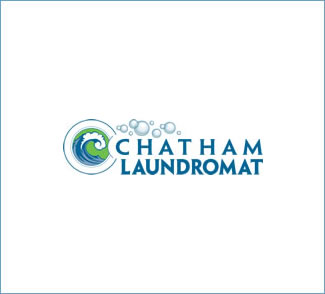 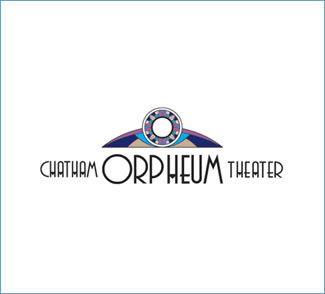 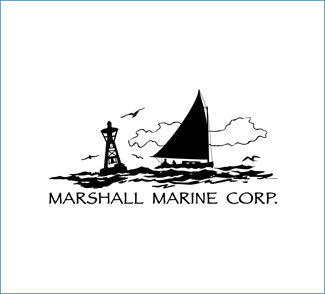 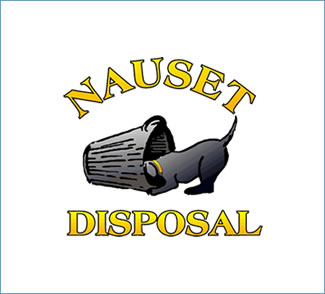 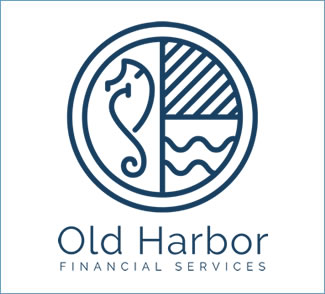 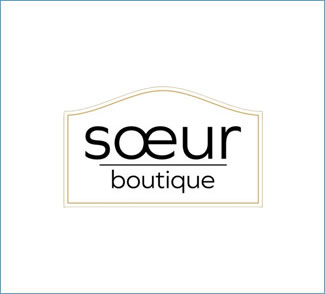